Three things a typical user should consider when selecting an image 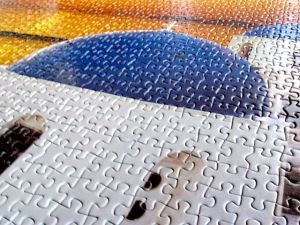 Background image, header image, hero image. Similar to Facebook’s cover photo, LinkedIn widely launched this feature for personal profiles back in August. Unfortunately, I find the feature to be much less user-friendly than Facebook’s version. So, what are the key things a typical user should consider when selecting an image? Let’s discuss.

First off, LI offers a small gallery of free background images you can choose from. If you really don’t want to spend time thinking about dimensions, colors, and subconscious connections, this is probably the answer for you. Just be aware of the effect of many users featuring the exact same image.

Conversely, if you or a friend has the production skills, here are some considerations for creating your own custom image.

If you are somewhere between these two points, read on!

I was excited when this feature was released to the general LI membership. Since there weren’t a lot of examples available to peruse, I sourced a handful of potential images, cropped to size, and then began trying them out. Overall, the layout aspects (“coverage”) are significant considerations to finding a good fit. My results indicate that the ideal background image has these three characteristics:

I have one final consideration. This is both a more subtle issue and a harder one to address if you lack access to graphic production skills, but I’ll call it out as something to be aware of.

A closing note: always be sure that you are using sourced images legally. If it seems like too much trouble, whip out that camera and create your own fun. No one likes a thief.